The Environmental Product Declaration (EPD) for Troldtekt has been prepared by the Danish Technological Institute and subjected to third party verification by Norwegian SINTEF Byggforsk/SINTEF Building and Infrastructure. The EPD has been registered with the Norwegian EPD Foundation (EPD Norway) and EPD Denmark.

It has been prepared in accordance with the new European standard CEN EPD EN 15804 and is based on actual figures from Troldtekt's production flow. The EPD makes Troldtekt's environmental profile clear and transparent.

Troldtekt's EPD is accepted and registered in the German register for third party verified EPD's at the "Institut für Bauen und Umwelt e.V. (IBU)". Both EPD Norway and IBU are members of the European ECO Platform and have signed an agreement regarding mutual recognition of third party verified EPD's, prepared in accordance with EN 15804. EPD Denmark is also a member of the ECO Platform and has signed a similar agreement.

EPDs make it easier for consultants and clients to compare information about the environmental impact of specific products – and also across national borders in the EU. The European Commission's 'Seventh requirement' for documentation of sustainability is now going to be implemented in the various product standards under CEN in step with the revision of these standards which takes place approximately every five years. Unfortunately, it may therefore take several years before the new requirements are fully implemented. In the meantime, comparisons will be difficult as many old EPDs have been prepared in accordance with ISO 14025, which is not specific to construction products and in which there is a high degree of 'freedom of methods'.

An EPD must, as far as possible, be based on actual data and specific data about the product. However, generic information based on regional, national or global average considerations from databases and reference works may also be used.

Troldtekt's EPD is, to the greatest possible extent, based on actual figures from the production, as illustrated in the following flow diagram: 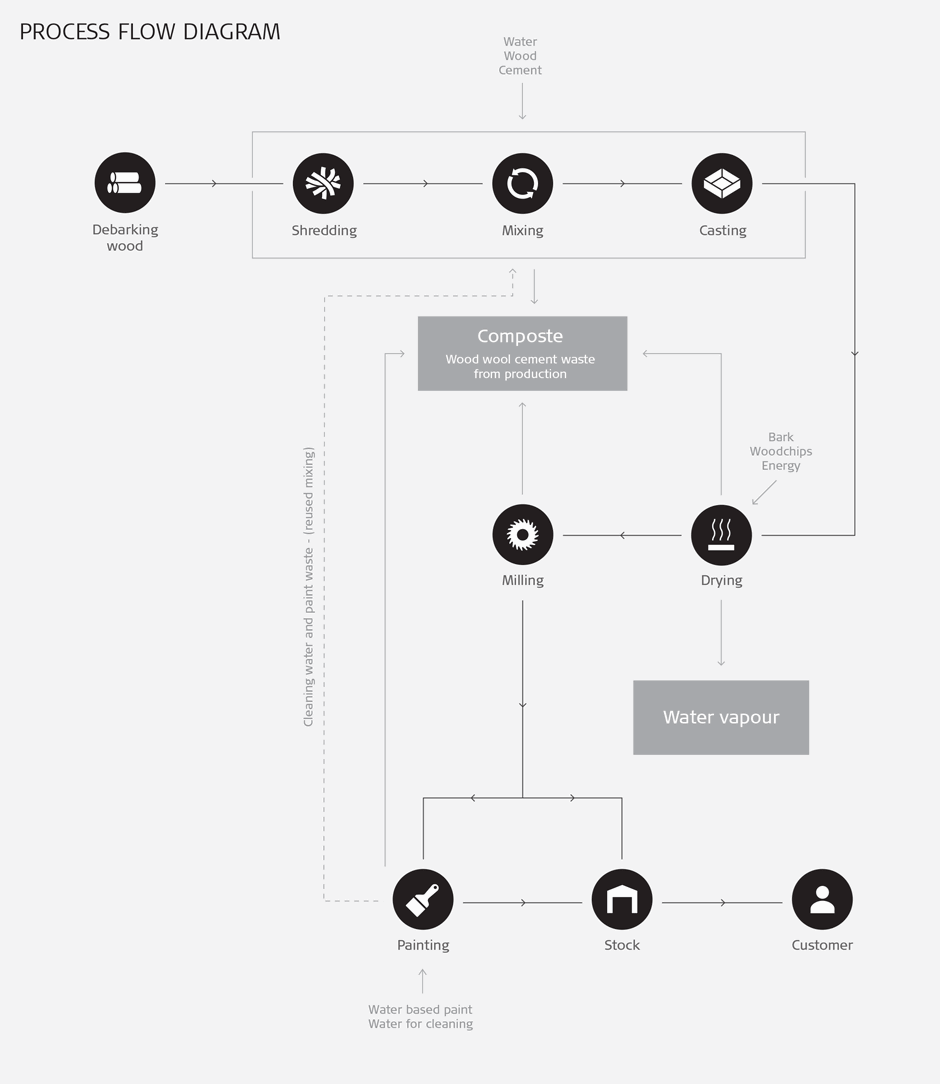 What does an EPD contain?

An EPD must contain verifiable, accurate and non-misleading environmental information about a product and its use. As mentioned above, the information may be based partially on generic data and not actual data. An EPD is a declaration and not a quality mark. An EPD says nothing about whether a product has a small or large environmental impact and an EPD is also not a guarantee that the product is environmentally friendly. However, it makes it easier for consultants and clients to compare the impact of different products on the environment.

In accordance with EN 15804, an EPD must contain information about the following seven environmental impacts:

5. Photochemical ozone creation (ethanol/ethylene equivalent)
Measured in ethanol/ethylene equivalents.
Photochemical ozone creation is the result of the use of solvents and from vehicle and power station emissions. Ozone causes breathing discomfort and airway diseases in people. Ozone is also harmful to forests and agriculture.