The jury was extremely enthusiastic about the wealth of ideas among the many proposals. A total of 65 proposals were submitted from 23 countries worldwide. The open assignment to create something new using Troldtekt has apparently inspired many people regardless of what they already knew about the material. There are many good examples of how to create privacy and peace in noisy surroundings, either in public spaces or the home. In addition to acoustics as the overriding theme, many have also considered Troldtekt as a material with texture and character. All this has produced a number of interesting and aesthetic proposals.

In selecting a competition winner, the jury has grouped the projects. Most proposals fell within the following categories: furniture, surfaces/walls and ceilings, cocoons/private spaces, light/transparency. A unanimous jury then selected a single project for its both realistic and visionary solution which holds tremendous potential. The standard of the proposals was generally extremely high, and even though the winning project stands out, one other project was given a Special Prize for its creativity while four others were honourable mentions. Together, the six projects illustrate the breadth of the responses, from the sensual on the one hand to the globally committed on the other.

Watch this video where members of the jury Jens Ludloff and Mikkel Frost evaluate the competition.

Winner of the Troldtekt® Award 2012

The winning proposal features a floating sculptural design – or acoustic cloud – suspended above a table. Identical, rectangular Troldtekt panels with a slot in each side are, like modules, interconnected in a spatial design. The project is clearly communicated by means of the suspended model, which you immediately perceive as an example of a model, but the individual elements and how they are connected is also well illustrated. Text describes which possibilities the project embraces, for example with built-in lighting and being adapted to different types of rooms in which it could be used. 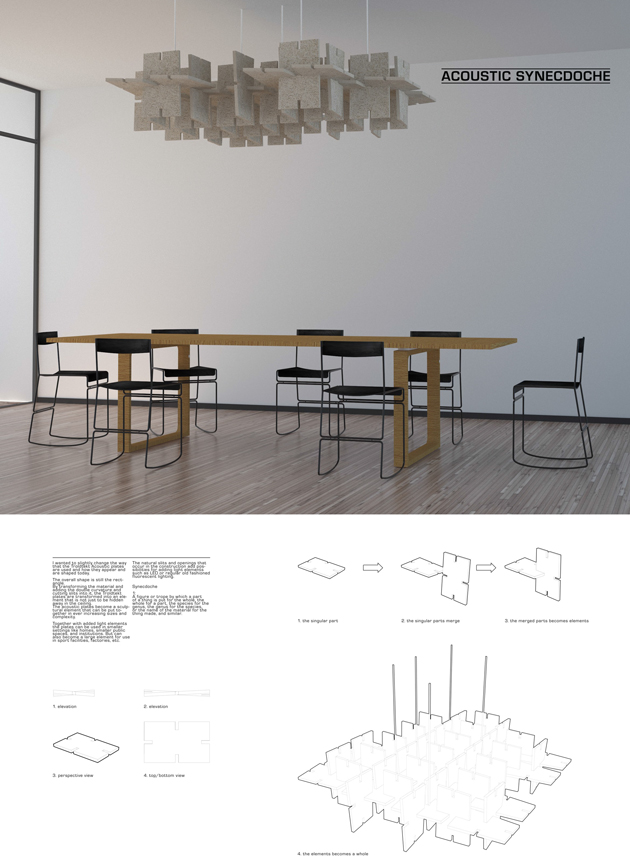 The winning project stands out for being realisable yet still functioning as an aesthetic and artistic solution to using Troldtekt acoustic panels in new ways. Troldtekt's homogenous texture is transformed into a beautiful sculpture using a simple modular system. In understanding Synecdoche, the model has an integral complexity where the material refers to the surroundings but also to itself. Even though the project is very concrete, it inspires you to think of other ways of shaping and using the acoustics sculpture, which the jury's views as a very important quality.

The project also clarifies the project title, Synecdoche: "A figure or trope by which a part of a thing is put for the whole, the whole for a part, the species for the genus, the genus for the species, or the name of the material for the thing made, and similar."

Watch this video where Troldtekt Award 2012 winner, Matthias Kisch from The Royal Danish Academy of Fine Arts in Copenhagen presents his winning project.

This proposal, which, exceptionally, also wins a prize, is a successful proposal to making a new type of Troldtekt panel. The entrant documents a process which involves casting a panel that is not flat, but has a structure that is inspired by the wood fibre which, of course, is what is used to make Troldtekt. The cast panel or module is graphically presented in a room where it clads the walls or ceiling. The proposal shows an understanding for Troldtekt as a material, and considerable efforts have been devoted to actually making a product. The result has a beautiful texture, and is aesthetically appealing thanks to the imprecise and more organic look, where no two panels are the same. 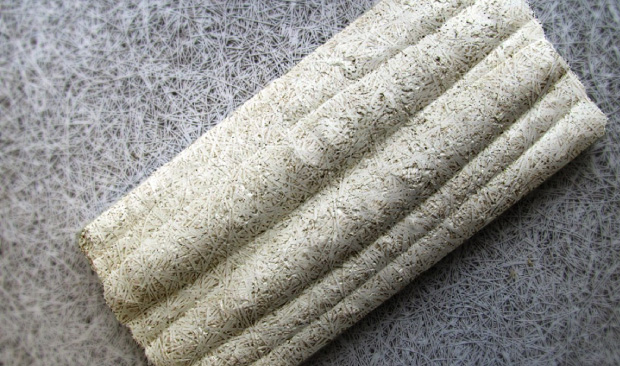 The project is temporary housing for refugees. A housing unit with a simple layout which uses local materials to cover the Troldtekt panels. The system is flexible depending on the size of the family. The proposal is an honourable mention since it has a global approach and offers a simple solution to helping homeless refugees.

The project uses Troldtekt in a small new format which can be stacked to create walls. The blocks can be stacked like LEGO bricks and the solution therefore requires no screws etc. The surface has either a smooth or a more tactile finish. The blocks can be used for screening, for example in offices or study environments. The idea of movable acoustics and privacy works well.

A modular system of sharp-cut 'crystals' for walls and ceilings which add a sense of life in a sculptural way. The crystals can be assembled in several ways to create different patterns with various colours. The project is beautifully presented and simultaneously works with Troldtekt in relation to acoustics and aesthetic design.

A lounge chair cast in Troldtekt with cushions is particularly suitable for places where people gather, where you need to be able to talk without being disturbed by the surrounding noise. A good idea for a piece of Troldtekt furniture which also helps to solve acoustics problems in public venues or other large rooms.

Troldtekt is developing all the time. We therefore always welcome good and unusual ideas for our products.

The concept competition for the Troldtekt Award involves incorporating Troldtekt into an architectural project in a completely new and original way. And the focus need not necessarily be on acoustics. The project can describe the proposal from small scale to large scale. The competition is open – the only condition is that Troldtekt is incorporated in a key and innovative way. In other words, participants can choose to impose colours, shapes, their imagination or something completely different on the Troldtekt products. The assignment is a concept competition and is therefore not restricted by the cost of realising the proposal in practice. 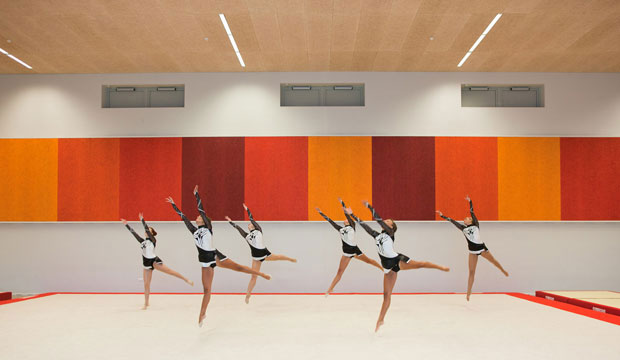 Mikkel Frost about the Troldtekt® Award 2012

The proposals which have been submitted will be assessed by a jury comprising: